Last week’s merge request was manually merged by Carl, and now Kalendar has a (kinda) working event editor sheet! Some bits work and others don’t:

This week’s MR involved a big refactor of the linkage between the front-end of the reminder and attendee addition UI and the back-end stuff going on.

All this stuff now happens with models, and changes in each of the fields gets added to the models. This means that anything that you see in the UI should directly reflect whatever is present in the actual event — you won’t see a reminder and attendee that isn’t actually in the event. The benefits of having a single source of truth!

The UI for each attendee’s details has also changed, and it now allows you to select the attendee’s status (i.e. have they RSVPed?) and it also lets you request an RSVP from the attendee. 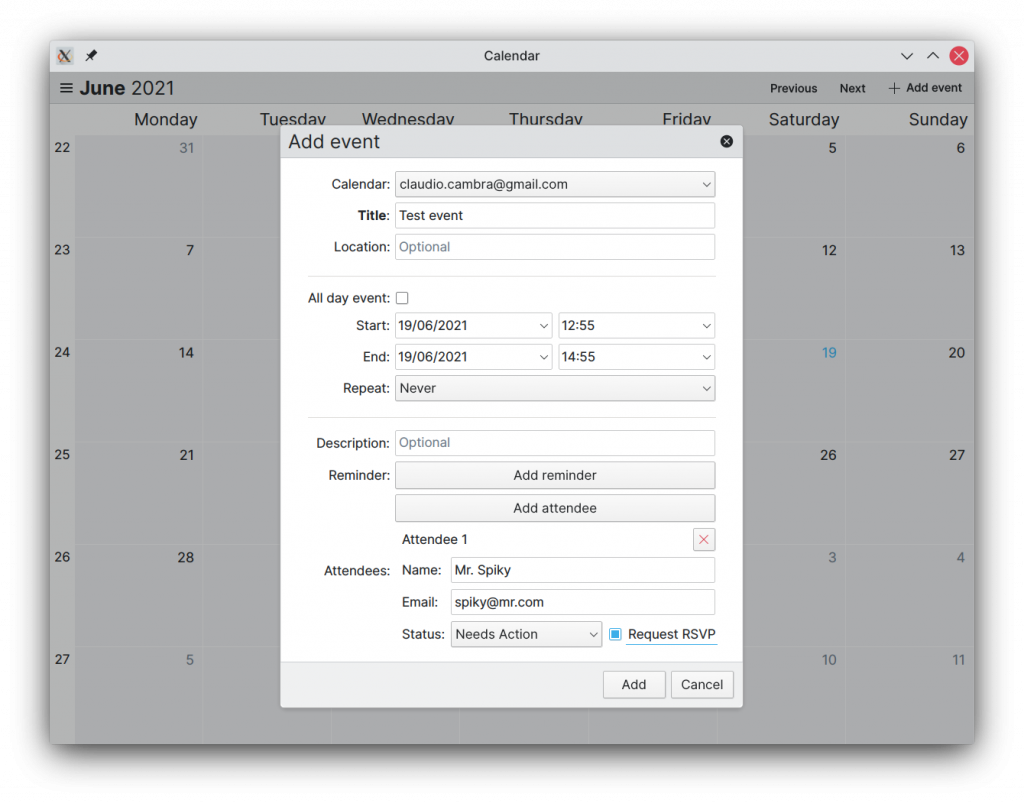 Also, Kalendar’s repo has been moved into the PIM namespace on Invent, so now you can more easily find it 🙂

Recurrence is going to get figured out, and with that, the event editor should finally be fully functional. That’s number one on my agenda for next week.

Additionally, while an overlay sheet is a good solution for the event editor on mobile, a separate window would let it have some extra breathing room on desktop. So this is something that I will also be working on next week.

If you have any ideas for Kalendar, get in touch! I’m @clau-cambra:kde.org on Matrix.