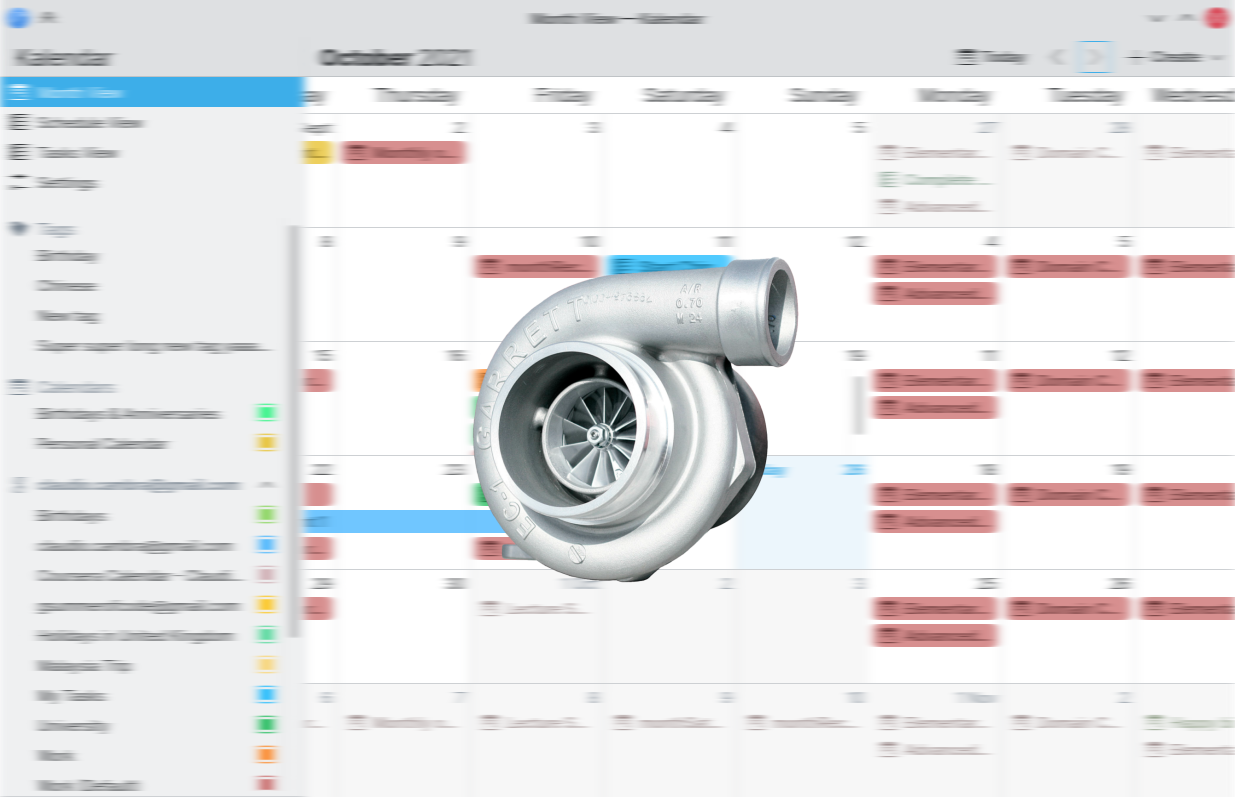 Note: Kalendar is still under heavy development. You’re free to poke around and try it out, but it is not yet final software! If you want to contribute to its development, join us in Kalendar’s Matrix room.

This week, we have focused on one thing: speed. From UI additions to under-the-hood improvements, Kalendar is now quicker to use and faster to act than ever!

A lot of this week has been spent profiling Kalendar, finding hotspots, and minimising them. As a result, lots of tweaks now help Kalendar perform better, particularly when using the month and schedule views. By limiting the number of view resets each second, using less resource-intensive components, and eliminating cruft, Kalendar is now significantly faster.

These improvements can be felt on every start up and on every month switch, and should be particularly noticeable on lower-power machines and especially the Pinephone. With this update, Kalendar is much smoother on this device (though we will keep optimising!)

Also new this week is a date changer popup, which you can bring up by clicking on the date title in the month and schedule view. This popup contains a month, year, and decade view that should help you select a date far more quickly than by scrolling through each month. The popup can be close by simply clicking/tapping anywhere else.

Thanks to new contributions by Devin Lin, Kalendar is now a little better to use on mobile: the sidebar handle is in the toolbar, moving it out of the way of the app contents. Kalendar now uses the freshly-baked Kirigami NavigationTabBar component, also made by Devin, which should ensure that Kalendar’s bottom nav bar behaves the same way as other Kirigami apps’.

After a (lively!) discussion on this proposed change, Kalendar has replaced its wording for tasks from ‘todo’ to ‘task’, and all of these words variations. This change only affects the user interface, and not the back-end classes and their existing names — I suppose you will care more about the former than the latter 🙂

Bug-fixes and other changes

!73: Fix colouring of icons meant to be coloured (Claudio Cambra)

The week view is coming!

Is there anything you’d like to see added to Kalendar? Get in touch! I’m @clau-cambra:kde.org on Matrix.